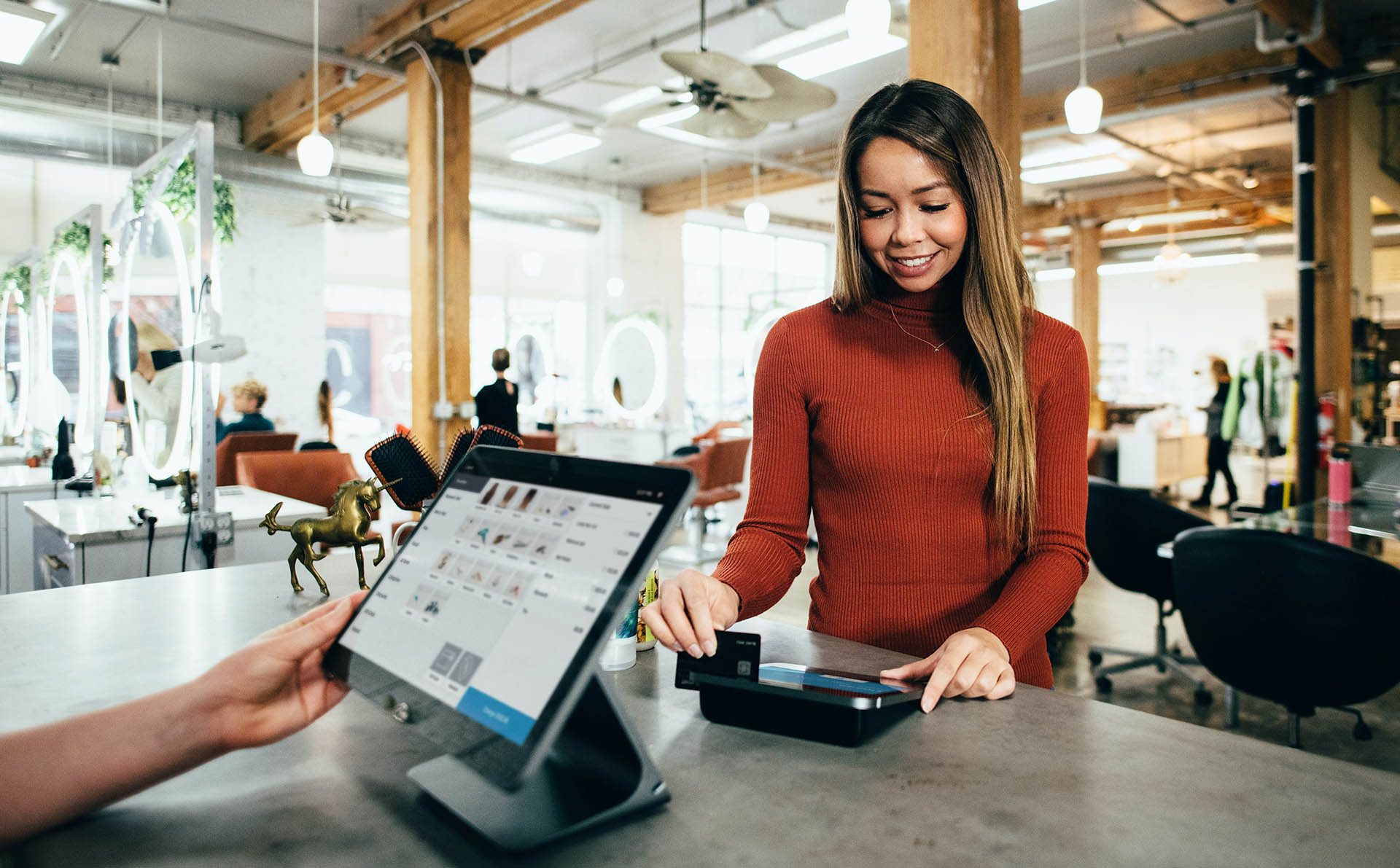 When BNPL is not BNPL

From multibillion-dollar valuations to regulatory scrutiny, and Apple now boldly entering the space, it seems we don’t go a day without reading some story about Buy-Now-Pay-Later, or BNPL as it is commonly known.

Amidst all this noise, activity, and chaos, it seems prudent to take a big step back and ask a simple question. What is BNPL? What exactly makes a loan BNPL – and consequently, when is BNPL not really BNPL but just plain lending?

After all, I could call any loan, such as my house loan, BNPL as well. I buy my house now, and pay it off later, over thirty years to be precise. But as we all know, that is not called BNPL, it is called a mortgage.

While there is no official definition out there yet (yes, the regulators in various jurisdictions are working on it) there are a few specific things that make BNPL what it is, and work as it should.

When all these specific attributes are in place, BNPL can create very favorable consumer outcomes. However, as one deviates from these pillars, a sort of cascading failure takes place where the various components that all rest on each other stop working, and what could have been a BNPL starts morphing into something else such as “mere” point of sale finance, a.k.a. POS finance.

So let’s take a look at the eight key attributes that make BNPL work as it is meant to, and why they all simultaneously need to be in place.
‍

POS finance, as alluded to above, has existed for a long time, and you can always go into a retailer and apply for a loan once you have bought your couch or your bicycle (the latter being a better idea if you want to work on your figure).

This usually involves a loan application which can feel like a proctology exam in the worst case and involve filling out some quick forms in the best case. The loan is then approved or declined, and the borrower goes on to pay interest over a pre-determined period of time.

BNPL on the other hand is free, meaning that if the bike cost me $900, I can pay for it in three installments of $300 each over three months. Given the concept of time value of money (money today is more valuable than money tomorrow, all else being equal), this is an NPV positive proposition for the consumer and as such has great appeal.
‍

2. In BNPL, the merchant pays a discount rate

As economists often like to point out, there is no such thing as a free lunch, and since the consumer is not paying for the loan, somebody else has to. In BNPL, this is the merchant, and they pay for it with what is called the merchant discount rate.

In simple terms, this means that if the dress we bought cost $100, the merchant only gets something like $97 for selling it. The BNPL provider gets the remaining discount rate. In this example we used 3 percent, but in reality, this can range from something as high as eight percent to a low of less than two percent.

But why is the merchant willing to pay this discount rate? This brings us to the third attribute of BNPL.
‍

3. BNPL results in higher sales conversion for the merchant

Yes, the merchant is only willing to pay the discount rate because they can sell more goods and services if they use BNPL.

Especially for bigger purchases, being able to spread the payments over several months lightens the burden on the consumer’s cash flows, and a result they end up buying more. The merchant, who is after all in the business of selling goods, likes this, and is hence willing to pay for it. They would rather sell eight dresses and collect $97 per dress than selling five dresses and collecting $100 per dress.

Even so, how much of a discount the merchant is willing to pay depends on several other factors as well. Which now brings us to the fourth attribute.
‍

4. BNPL works best when the purchase is discretionary

If my boiler breaks down, the merchant that comes to my home knows I will need to get it fixed very soon unless I am particularly keen on cold showers in the frosty London mornings. Hence, these merchants knows that their “sale” is easy to make and will likely be less interested in offering BNPL. They know that the consumer will pay for the new boiler whether BNPL is offered or not. Nobody likes cold showers, except perhaps Wim Hoff and his followers.

If, on the other hand, I am contemplating buying new windows, that is a discretionary purchase. It is nice to have more modern windows installed, but I can always do it next year. In fact, in London many people seem to wait about a century before contemplating putting in new windows.

The merchants who are in the business of selling new windows are aware of this, and if they can make the purchase easier by offering BNPL, they know they can get a much higher conversion. Hence, it is no surprise that these merchants like BNPL. In fact GreenSky, a QED investment that was recently acquired by Goldman Sachs for something close to $2.2bn built their multibillion-dollar business on this very insight.

Of course much more is needed to build the ideal BNPL business. Which brings us to:
‍

The discount the merchant is willing to pay is not infinite, so whether it is three percent or eight percent, the BNPL provider needs to fit their entire unit economic equation inside that discount.

And the BNPL provider has many costs such as operational and salary costs, but also very importantly, credit losses. If a consumer does not pay back, the BNPL needs to foot the bill, and still make money from the merchant discount they get.

So let’s assume that in a simple example, the merchant discount is three percent, the BNPL now has to pay for its own cost of finance (which cannot really be much less than two percent), its operational costs (which even at scale will be tens of basis points), and the credit losses.

A cascading failure or death spiral can very quickly set in, so watching the loss rate is existentially important for the BNPL provider, and the key to that is good underwriting and having an underlying population of positively selected high credit quality consumers.

If not, the BNPL may have to start charging interest and fees to covers its losses, and the whole thing then starts to morph into POS Finance as we saw earlier.

Having a high credit quality population is also important for insuring the sixth element of BNPL, conversion.

If the merchant offers BNPL to one hundred customers, it is important that at least seventy-five, but ideally something close to eighty percent plus of these consumers are approved for the BNPL product.

This is because customers that apply and get declined tend to not take it so well, and the merchant does not want to lose their sale or otherwise annoy their customer because they were declined, which can be embarrassing.

This particular point illustrates how all these attributes rest on each other. In order to have high approval rates, yet low losses, point number five from above, good credit quality once again reveals itself as a crucial component of an ideal BNPL equation.

Again, this does not mean that lending would not work in a general or high risk population – but to have the purest form of BNPL you need to control your losses with a combination of superior underwriting and a positively selected population. Otherwise your BNPL proposition can quickly start to morph into something else.

The seventh component is that in order to avoid the merchant worrying about customer friction, the BNPL process itself has to be tech driven, seamless, and embedded for the end user.

Again, this also drives high conversion as well positive selection, illustrating once again how all these pillars rest on each other.

The best BNPL providers employ technology to its very fullest to achieve this goal.

Finally, and perhaps most importantly, BNPL need to have good customer outcomes. This means that the BNPL provider has to focus very closely on affordability – can the consumer afford to pay back the installments over the agreed time period?

If the customer ends up buying too much, and becomes unable to pay back the installments, credit losses go up, the BNPL unit economics stop working, and everybody loses.

However, when assembled correctly, these eight pillars can support a win-win-win outcome where the merchant, the customer, and the BNPL provider all have great outcomes and are better off for using the model.